Norovirus: what a shit of a bug

Norovirus is a real impressive little shit of a bug.

Ana brought it home from school on Thursday. She spent a night of helpless contortion and expulsion. We spent a night changing the bed, cleaning the floors, mopping fluids and trying to supplant eau de smelly cheese (said Ana) with dettol – all whilst, in my case, simaltaneously holding my nose and doing the sympathetic retch.

That was 5 days ago. In that short space of time No 1 has become the plague house. 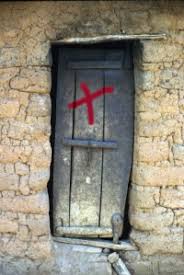 With a ferocious ability to infect and an incubation period of 12-48 hours, I suppose family wipe-out was inevitable.

Robert and Jamie performed a vomit-duet on Saturday night. That got just a bit messy. And I got just a bit pissed off being the sole responsible adult…

Robert – a man with a low BP problem – managed to flake out, hitting his head on the sink as he fell. Have you ever tried to lift a 6’5″ dead weight?

Louis was next. A lesson in how you can expel from numerous orifices at the same time.

Then came Evan – clearly oblivious to the leson I had already learned about simultaneous voidings.

It was my turn yesterday. 4am and I was hugging the porcelain and lowing like a coo.

There is a calm settling today. Let’s hope norovirus has left the building.

11 thoughts on “Norovirus: what a shit of a bug”